Provolone Valpadana PDO cheese is the protagonist of a campaign to promote European quality products. 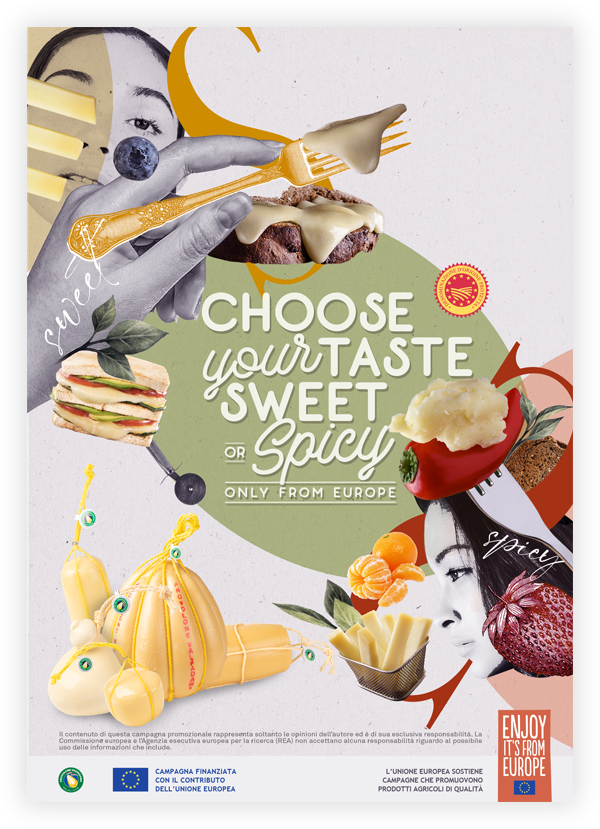 “Choose your taste, sweet or spicy, only from Europe” is a three-year project promoted by the Consorzio Tutela Provolone Valpadana, which aims to increase the level of recognition of European quality brands and to improve consumer awareness of their value: traceability, tradition, food safety and authenticity are just some of the aspects that distinguish European branded products.

Provolone Valpadana cheese, with PDO certification, is an example of the added value that the European quality system gives to the specialities from the Union’s different areas.

“Choose your taste, sweet or spicy, only from Europe” is a 3-year campaign aimed at Italian consumers, food bloggers, influencers and food and wine journalists.

To raise awareness among the target audience, targeted and measurable actions will be developed to make the qualities of Provolone Valpadana PDO understood, and improve awareness and perception.

The project aims to reinforce awareness of Provolone Valpadana PDO, a product with a European quality label. Its characteristics and its competitive advantages will be highlighted through immediate and engaging communication. The multi-channel strategy will include the use of various paper and web tools, as well as the organization of innovative and experiential events aimed at consumers.

The campaign will also involve traditional media (newspapers, magazines, television and radio), which continue to have a leading role in Italy, as well as the web channels of the same newspapers, which are followed more by younger targets. The collaboration with some influencers in the agri-food sector will allow the online community of the campaign to be further expanded and generate content with a high engagement rate.